With a huge and rapidly growing market, India is a very attractive country for the audio-visual industry. Furthermore, it has used Médiamétrie’s expertise for its television audience measurement launched four years ago. Local production is very strong, but also leaves room for entertainment programming inspired by international formats. Similarly, audio-visual content platforms are developing with local players involved in addition to the American giants. This article analyses the content produced in this market through Eurodata TV Worldwide’s NoTA study.

An enormous and complex market

In the opinion of Henri Vilmain, Eurodata TV Worldwide's Research & Account Executive: “The audio-visual landscape in India is complex due to regional and linguistic disparities. In this market, many households still only own one TV screen, however, that is beginning to change with the emergence of smartphones.”

According to the Broadcast Audience Research Council (BARC), which measures television audiences in India, the average TV viewing time for the Universe is 2 hrs 43 mins a day, an increase of 11 minutes on last year.

The Indian television landscape: a mix of local fiction and international formats

Fiction series are the biggest genre in India with nearly 75% of new programmes, according to an analysis of new programme launches on the nation’s 8 main channels in the last four years. “Daily soap operas” are omnipresent on TV screens: these episodes are in continuous production that can last for several years.

Fiction also tops the TV charts each year in India, both for movies and series. Fantasy series “Naagin”, which launched in 2015, has figured in the top 10 series since it was released. This hit show tells the story of Shivanya, a snake with shape-shifting abilities. The series producer is Ekta Kapoor, known as the high-priestess of Indian soaps.

In general, the Indian market essentially comprises local productions, only a small proportion of which are specifically made for export. Nevertheless, some Indian series have been acquired for the markets in Latin America and Eastern Europe, especially in Romania. The latter country is famously fond of soap operas imported from neighbouring Turkey, and it is now starting to discover Indian soaps, such as “Swaragini - Jodein Rishton Ke Sur” (Beyond Us) and “Aur Pyaar Ho Gaya” (The Time of Innocence), which launched in 2018 on the Pro 2 channel.

The entertainment genre is not ignored. Adaptations of international formats are popular, providing some audience hits: an episode of the Fremantle show “India's Got Talent” ranked in the top three entertainment programmes in 2018. Other international formats have become well established in the audio-visual landscape over a number of years, including “Bigg Boss” – the local adaptation of “Big Brother”, now airing its 12th season. The adaptation of “Who Wants to Be a Billionaire?” continues its successful run year after year (it is now in season 10), thanks to host Amitabh Bachchan who is a genuine local superstar.

Talent shows have also been on a roll in recent years, especially those based around dance. In 2018, no fewer than three of these programmes – “Dance Deewane”, “Super Dancer” and “Dance Plus” – occupied the top spots in the entertainment top ten. These three programmes all feature concepts that were developed locally.

The battle between online platforms: a U.S. breakthrough amidst the local players

India’s television landscape is very fragmented, with five dominant media groups in the marketplace: Star India, Zee Media, Sun TV Network, Sony and Viacom. Most of these players have launched their own online content platforms. HotStar, the platform owned by Star India group leads the OTT platform market in India. Thanks to its vast catalogue and freemium economic model that airs some programming for free, HotStar also offers its users the group’s full sports package which includes the Indian Premier League and English Premier League football.

However, these local players are not alone in the online platform battle. The two American giants of online video services – Amazon and Netflix – were quick to realise the potential of this market. Accordingly, Netflix set up shop in India in 2016, ten or so months ahead of its rival. Both players understood the need to adapt to the Indian market by offering films and series in the country’s languages. However, Amazon Prime Video is well out in front of Netflix because of its wider catalogue of local productions, especially Hindi movies. Both services are investing massively in original local productions to capture more of India’s online audience. The specific strategy developed by Netflix for this market involves heavy investment in original productions with international appeal, for example: “Sacred Games”, an 8-episode police drama launched internationally in the summer of 2018 and whose second season has already been confirmed. The series explores organised crime and corruption in Mumbai, pitting the city’s top cop against its biggest gangster.

If Netflix is to make inroads into India’s fiercely competitive online platform market, it needs to confront one major issue: the cost of its subscription. India is a market where Pay TV packages and other SVOD platforms, including Amazon Prime are affordable. However, Netflix’s subscription costs a good deal more than those of its competitors, which is curbing subscriber acquisition for the US giant.

Henri Vilmain concludes: “India is increasingly attractive for international players who see it as a land of opportunity even though considerable challenges do still exist. Substantial investment will be necessary owing to the size of the market: there is no obvious way to oust the already well-established local players, even with the evolution in usages that is occurring alongside expanding online platforms and growing mobile screen use.”

In addition, Médiamétrie provided BARC India with engineering services and training for the provision, deployment and start-up of Médiamétrie software system to collect and validate meters data coming from households.

Once the contract was signed in early 2014, Médiamétrie assisted BARC India for the prototyping its first audience meter. At the same time, Médiamétrie supported BARC India through the development of its data centre whose purpose is the collection and validation of household meters data. By the end of 2014, the audience meter prototypes had been approved and the system to collect and validate the data had been set up. Accordingly, BARC India was able to begin production of the audience meters and their deployment in the panellist households.

In April 2015, BARC India commenced measurement production with a panel of 10,000+ households. For the first time in India, from the end of 2015, the size of the panel opened the way for audience analysis by linguistic and geographical markets and also revealed TV consumption in rural areas. The number of audience meters increased steadily and by March 2019, BARC India was operating its measurement with 45,000 audience meters installed in a reporting panel of  40,000 Indian homes.

According to Gwilherm Nicolas, M.D. of Médiamétrie’s Metricline Business Unit and the coordinator of this project from its inception: “This partnership enshrines the excellent design and adaptability of Médiamétrie's audience measurement systems, as well as its ability to partner with an international client who uses its technologies.” 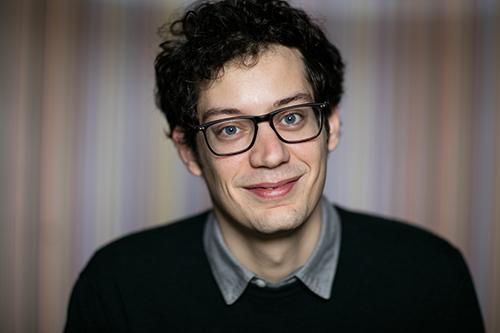