Young adults are still fans of TV content, which they watch in their own way

Results & Studies
Press release
Not all that long ago, TV viewers used to spend all their “TV time” watching live programmes: it was all on their TV set and they couldn’t use any other screens or choose their viewing method.
Published on 02.10.2018

“In 2018, it is particularly young adults’ live consumption on a TV set that is decreasing, while the consumption of TV programmes via catch-up or on internet screens is increasing, representing a bigger share of the total viewing, " said Frédéric Vaulpré, Eurodata TV Worldwide Vice-President.

In the Netherlands, for instance, the time spent by young adults watching catch-up programmes has doubled in six years. In France, they spend twice as long as the rest of the population watching live and catch-up TV programmes on internet screens, and this consumption is increasing at quite a rapid pace.

Although the time spent by young adults watching live TV has decreased - in 2018, they watched television for 1h53* per day on average, which is seven minutes less than in 2017 - their passion for TV content, be it sports, fiction or entertainment, has not waned. This is the case for most of the countries studied by Eurodata TV. « Success stories offer  benchmarks to reconquer  younger viewers », added Frédéric Vaulpré.

Themes that resonate with young adults

Sport, a key asset for a younger audience

2018 saw sport’s ability to attract young adults being confirmed. It comes as no surprise that the Football World Cup was beneficial in terms of audience for channels broadcasting the matches. It also lowered the average age of these channels’ viewers: for example, the average age for Tele5 in Spain dropped from 58 to 54 years during the competition.

The PyeongChang Winter Olympic Games also attracted young adults with competitions that were innovative or reformatted to be more telegenic, such as the mass start in speed skating or the big air in snowboarding; for example, the women’s snowboarding final achieved a 62% audience share amongst young adults on ORF in Austria (compared with 35% for the population as a whole).

In terms of fiction, the role of women in our society continues to be a hot topic heightened by the “#me too effect”, which has now found a particular resonance with all generations. The new platforms are addressing the phenomenon in a very direct way (The Scarlet Letter Reports/Facebook Watch). Linear channels are reinventing their female characters to show how strong they can be when faced with difficult situations (Philharmonia, An Ordinary Woman).

“Old is the new young” is another key trend right now, with old people appearing in programmes alongside young adults: Digiclash and 180 dage pâ plejehjem are two examples of series that are emblematic of this theme. Airing programmes featuring old people does not discourage young people from watching TV – far from it, in fact.

Finally, we cannot mention young adults without talking about “teen-dramas”. This genre, which was created to attract teenagers and young adults, has had to evolve: with a darker feel in Riverdale or the revival of Charmed, it is more connected to social issues in 13 Reasons Why or 17.

Nordic noir-inspired thrillers have been hugely popular with all audiences for several years. A particularly notable phenomenon of this autumn: the political thriller Bodyguard:an 89% audience increase compared with the slot's average for episode 1 on BBC One. Last year, Eurodata highlighted the increasing popularity of series relating to politics, war and terrorism. This year, Bullets will be the series not to miss.

John Peek, Director of Tape Consultancy, confirms: “Based on our App.Dex analysis tool, well-drawn characters are key to a programme’s success. This is particularly illustrated by the massive audience for Bodyguard: combining a contemporary mix of female characters in roles of power & authority with an heroic male counterpoint, but all with their own secret agendas.”

Millennials are particularly fond of catch-up and internet screens for watching television. These new viewing habits therefore enable channels to rejuvenate their audience. For example, in France and Spain catch-up TV viewers have an average age of 45, compared with 53 for those who watch live TV.

New programmes such as Good Doctor have come up trumps in this regard. In France, three out of 10 young adult viewers watched the pilot episode on catch-up on the TF1 platform. In total this series enabled channels to increase their audience by 68% on average amongst 15-34 year olds across the 12 countries studied.

The reality TV show Love Island showcases the possibilities offered by internet screens to attract young adults, particularly in terms of content strategy. While the first series of this programme was broadcast well over a decade ago, this reboot, which still draws on all of this genre’s hackneyed plots (a dream villa, the young and beautiful, romantic highs and lows) has become a cultural phenomenon in the UK. This success, which has exceeded all expectations, is primarily based on a successful transmedia strategy. It includes exclusive sequences disseminated by the production and benefits from the virality of social networks which creates parallel stories and sustains interest for the television broadcast.

“Humour, new visual codes and a good knowledge of social networks appeal to younger audiences. However, their tastes are not completely dissimilar to those of older people. They enjoy the new versions of old formats and the programmes aimed solely at them are influenced by broader trends, ” stated Avril Blondelot, Content Insight Director at Eurodata TV Worldwide.

* Average over the 1st half of 2018 in the five major European countries: France, Germany, Italy, Spain, The United Kingdom 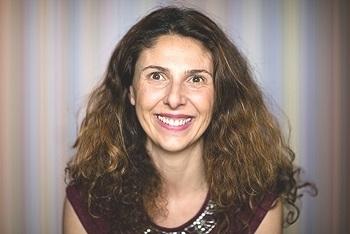